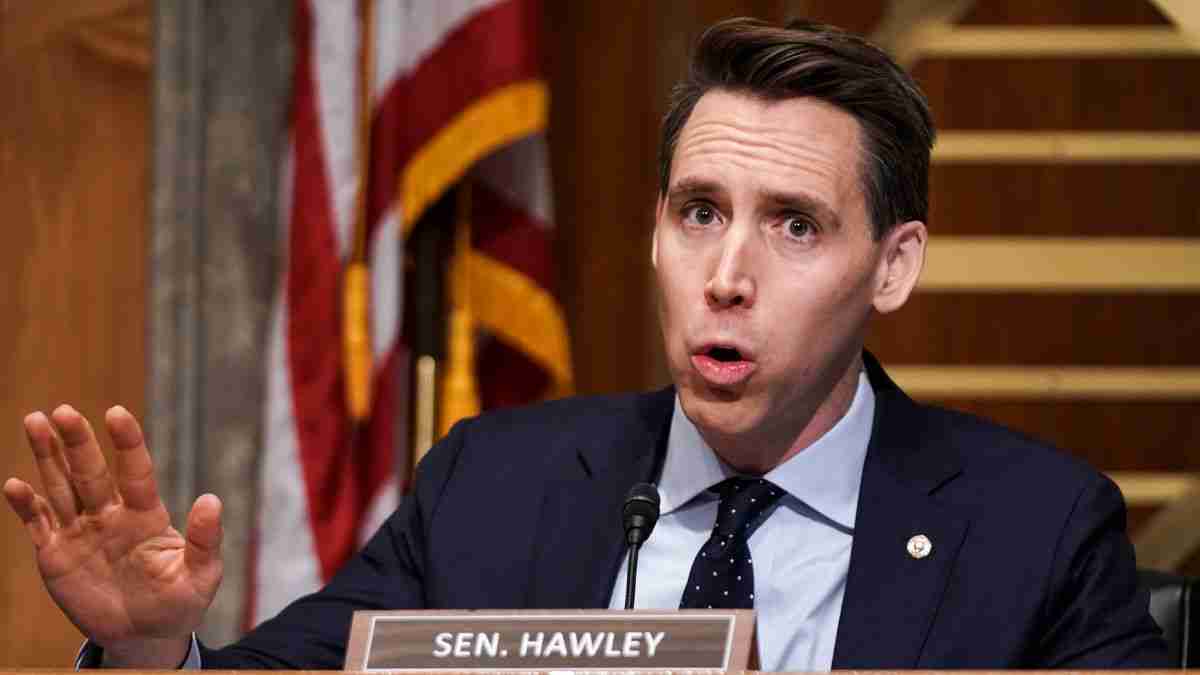 In the wake of last Wednesday’s insurrection on Capitol Hill, Big Tech platforms have begun purging certain right-wing services and accounts known to traffic in conspiracy theories and promote violence. The scrubbing includes the removal of at least 70,000 Twitter pages known to promote QAnon; the president’s own Facebook and Twitter pages have also been removed or suspended, effectively cutting Donald Trump off from his bully pulpit in his administration’s dying days; and Parler, the conservative answer to Twitter, has been booted from Amazon’s servers, fashioning the haven for “unbiased social media” a digital vagabond.

For any conservative with a sizable profile, the social media reckoning has been met with comparisons to a book and author you might know from high school.

“This could not be more Orwellian,” Josh Hawley, the Republican Senator from Missouri, wrote on Twitter after Simon and Schuster canceled his book deal in response to his support for overturning the 2020 presidential election results. “We are living in Orwell’s 1984,” opined Donald Trump, Jr. after Twitter suspended his father’s page, likening the move to a death knell for Constitutionally guaranteed free speech.

In reality, the socialist author George Orwell would probably shudder at the overwrought use of his name to describe a midnight social media purge of accounts that played a part in fomenting a violent insurrection at the U.S. Capitol. Pallavi Yetur, a psychologist and Orwell expert, told USA Today that 1984 more readily serves as a bridge to the Trumpian playbook than an allegory for tactics employed by social media corporations:

“There are aspects of the novel that are quite reminiscent, interestingly enough, of Trumpism, even though (Trump’s) right-wing. Things like the dissemination of false information, the use of information to obfuscate rather than illuminate.”

More broadly speaking, there are many reasons why using allegories inadequately does more harm than good. And it goes beyond George Orwell.

In the days since an unhinged mob of domestic terrorists stormed the U.S. Capitol building on…

Don’t say something is “Orwellian” unless you understand Orwell

If you’re going to make literary allusions to describe the world around you, make sure you’ve studied the message the book or author was trying to impart. Referencing 1984 makes for a snappy viral soundbite, seemingly encapsulating general feelings of repression and censorship as exacted by a tyrannous regime.

But bandying about Orwell’s ideas as such does a disservice to what the man stood for in practice, and overlooks the nuance of 1984’s broader commentary about the manipulation of language—which Orwell believed could lead to the rise of state-sponsored propaganda and totalitarianism.

“’Orwellian,’ in the most orthodox way, is about language as a means of control,” Yetur told USA Today, continuing:

“A Nazi propagandist like Leni Riefenstahl, that would be very Orwellian, because that’s somebody who’s using words to invoke feelings, to invoke allegiances, to discredit enemies.”

Orwell made specificity of language a defining crusade of his literary career. In his famous essay, Politics and The English Language, he warned against using words inaccurately to rouse dissent and anger against a common enemy:

Political language — and with variations this is true of all political parties, from Conservatives to Anarchists — is designed to make lies sound truthful and murder respectable, and to give an appearance of solidity to pure wind. One cannot change this all in a moment, but one can at least change one’s own habits, and from time to time one can even, if one jeers loudly enough, send some worn-out and useless phrase — some jackboot, Achilles’ heel, hotbed, melting pot, acid test, veritable inferno, or other lump of verbal refuse — into the dustbin where it belongs.

While it’s hard to say how George Orwell would feel about the modern concept of de-platforming, it’s probably safe to assume that his personal political convictions would have stood in sharp contrast to those of the people swept up in the recent digital purge. Orwell, after all, was an avowed Democratic Socialist who took up arms alongside the left-wing resistance against the fascist government of Francisco Franco during the Spanish Civil War.

In short, the man’s legacy runs much deeper than a simple idea (“Information control = BAD”), whether he has been name-checked on primetime cable news or in the chambers of Congress.

Historical references can be reductive

In another questionably framed condemnation of the Capitol Hill mob, former California Governor Arnold Schwarzenegger likened the events of Jan. 6 to Kristallnacht, the 1938 pogrom that formalized the Nazi’s mass-persecution of German jews and presaged the horrors of the holocaust. (The term translates to “night of broken glass” in German).

Schwarzenegger’s statement went viral, causing Kristallnacht to trend on Twitter over the weekend. “Wednesday was the Day of Broken Glass right here in the United States,” he intoned, drawing a through-line from Trump’s supporters rioting on the steps of Congress to the harbinger of history’s most gruesome campaign of genocide.

Not to be outdone, Fox News host Jeanine Pirro did Arnold one better a day later, again referring to Kristallnacht when speaking of Amazon, Google, and Apple’s decision to remove Parler from their platforms.

Like the references to 1984, both statements—however you feel about the intent behind them—make surface comparisons between two events that aren’t the same. Just as slapping a label of “Orwellian” on every instance of censorship does a disservice to Orwell, likening Wednesday’s riots—or the removal of an app from Google Play—to Kristallnacht only trivializes the deep scars of Jewish suffering.

In the future, we’d be better off if everyone with a big platform used more precise language when criticizing their opponents. We will be able to understand the present better without obscuring the past.

More Than Just Procrastination or Writer’s Block: What’s Really Stopping You From Writing?