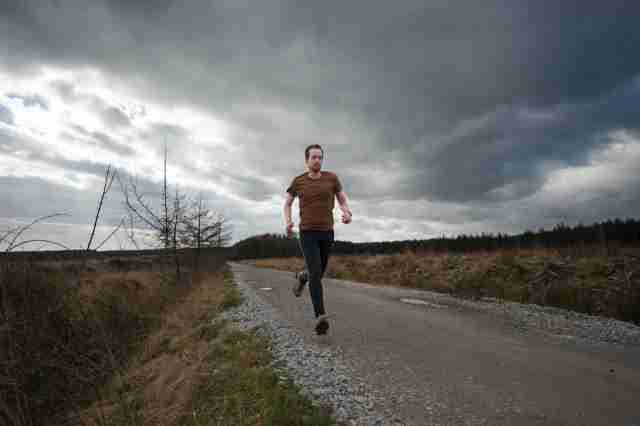 The idea of keeping it simple is something that is embraced in almost every area of life — except exercise. Unless a behavior is extreme or challenging, it’s assumed that it won’t work.

Believing this reality is not only likely to lead to injury and burnout, but it’s also a big reason why so many people struggle to see results, end up frustrated, and in general, miss out on all the ways that it’s easy to stay healthy.

Now, that’s not to say you don’t need to put in a little time and effort, but the time and effort needed to make a difference in your health and how you feel is probably much less than you imagine.

Whether you’re looking for a place to start your routine, or you’re trying to dial-it-in and make the small changes that will result in a big impact, it’s time for you to walk. Literally. Here’s why and how to start implementing walking for fat loss.

Is Walking Better Than Running?

The difference between “healthy habits” and “fat loss habits” is one of the hardest health concepts to grasp.

Just because something is healthy does not mean it leads to fat loss. The easiest example is a common diet mistake. You can eat a lot of “healthy” food, but if you eat too much of it, you’ll gain weight.

Conversely, just because something helps with fat loss does necessarily mean it’s healthy. Dr. Mark Haub, a professor at Kansas State University, proved this when he lost 27 pounds following a Twinkie diet.

The phenomenon is also true in exercise. All-too-often, people will argue about the “best” type of exercise.

Certain types of exercise, such as weight lifting, are more efficient for weight loss. And people will argue that weight lifting is more effective for fat loss than running.

It’s really a matter of time, goals, and capabilities. Yes, if you go for a run and push the intensity, then you will burn more calories. But, how often are you going for a run? And, is your goal to be a better runner?

Let’s say you only ran 2 days per week for 45 minutes. But, let’s also say you hated it, it led to some aches and pains, and those feels (emotionally and physically) made you a very inconsistent runner.

Now, compare that to going on a 30-minute walk 5 days per week, at a brisk pace while listening to your favorite podcast.

Your total amount of exercise (150 minutes vs. 90 minutes) would increase, the frequency of your movement would be more (5 days per week vs. 2 days), the stress on your joints would be reduced, your stress levels would go down, and your motivation up.

Not to mention, if you did other forms of exercise — such as weight training or playing a sport — the walking would function as a form of active recovery, which would help your muscles recover quicker and reduce soreness.

So, is walking “better” than running? Maybe not on a minute-by-minute comparison, but it could be a healthier and more consistent option.

And, in general, there are many benefits for lower-intensity exercise, and this type of training can also fill weaknesses that you didn’t even know existed.

Can Walking Help With Fat Loss?

While it doesn’t make headlines because it’s not sexy, walking gets the job done much better than people think, as long as you put in the consistent effort.

Think of every step you take as a small win. In a 2011 study published in the journal International Journal of Behavioral Nutrition and Physical Activity, researchers found that taking a 5-minute walking break every hour could burn an extra 660 calories per week.

Extrapolate that over one year and you could lose about 9 to 10 pounds just by adding up the 5-minute walks.

Of course, over an 8-hour day, that amounts to 40 minutes of walking per day for at least 5 days per week. And not everyone can get up every hour to go for a walk. It’s a commitment, but even if you did half of that amount, you can still see a difference.

In fact, some of the biggest celeb trainers, people such as Harley Pasternak, are best known for their focus on daily steps as a foundation for health and fat loss. Pasternak sets a goal of 12,000 steps per day for his A-list clientele, which is a whos-who ranging from Ariana Grande and Lady Gaga to LL Cool J and Adam Levine.

In general, you don’t need to model what celebs do (especially when it requires spending lots of money on approaches not backed by science. Cough, cough, celery juice!). But, if walking can work for them, you better believe that you should, at the very least, give it a try yourself. After all, it’s free.

The health benefits of walking should not be understated, and research shows that it is undeniably good for you.

New research from the Netherlands compared different types of exercise and movement (and lack thereof) on health markers. You’ll know “health markers” as the “under-the-hood” breakdown of how your body is really feeling and whether or not you’re healthy.

The study looked into the specific effects of:

Turns out, each has a distinct impact on your body that is measurable in as little as four days.

In this study, researchers recruited 61 adults — some who were healthy, some overweight, and some overweight and diabetic. None were exercisers prior to the study. The scientists then had the group follow three different living patterns, each for four straight days at a time. The patterns were:

Participants underwent a series of health tests before and after each block. The results:

The lesson is that movement has benefits, and you shouldn’t think of exercise as “checking off” all the boxes of health.

Just because you lift weights or have gym time doesn’t mean that you should think you can sit all day.

Also, walking has a surprising amount of health benefits (and yes, it will burn some calories too).

In fact, this is very much in line with what we’ve been saying for a long time: the movement you do outside of the gym has a surprising impact on your health and on weight loss.

It’s a win for all. If you need more details on the changes walking can make to your life, this article will help.

Or if you’re looking for more personalization and hands-on support, our online coaching program may be right for you. Every client is assigned two coaches — one for nutrition and one for fitness. Find out more here.

“Food Hate” Is The Problem