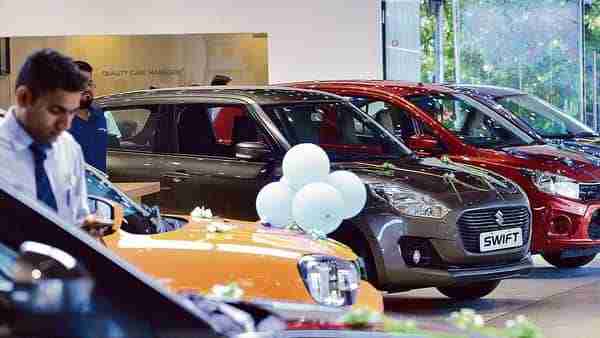 Passenger vehicle and two-wheeler sales grew for the fourth straight month in November as automakers added dealer inventory on hopes that demand will remain robust beyond the festive season. A low base of the year-earlier month also helped.

Wholesales or factory dispatches of cars, sport-utility vehicles and multi-purpose vehicles grew 4.65% from a year earlier to 285,367 units, showed data released on Friday by the Society of Indian Automobile Manufacturers (Siam).

Growth was spurred by a steady recovery in demand for compact cars and sport-utility vehicles in rural, semi-urban and some urban markets, the data showed.

This was largely due to a 2.4% drop in sales of market leader Maruti Suzuki Ltd, though sales at second-ranked Hyundai Motor India Ltd rose by 9.4%.

Automakers benefited from a low base as they faced demand contraction in November last year due to an economic slowdown and an increase in vehicle prices to comply with new emission and safety norms.

Also, both Navratri and Diwali festivals were in October last year, which affected sales in November.

On a sequential basis, however, wholesales of passenger vehicles fell from 310,294 units in October.

The wholesale dispatches though were more than the retail sales registered by companies and dealers during the month.

According to data released by the Federation of Automobile Dealers Associations (Fada), retail sales of passenger vehicles increased by 4.17% from a year earlier in November to 291,001 units.

Retail sales of motorcycles and scooters, however, fell by 21.4% to 1.41 million units despite the Diwali and Dhanteras festivals.

Most automakers are expecting demand to soften after December as economic activity and jobs have been impacted by the pandemic.

Demand for entry and executive segment motorcycles recovered in the rural and semi-urban markets.

Siam did not provide wholesale dispatches of commercial vehicles during the month.

* Thank you for subscribing to our newsletter.

Set Up Alexa to Turn off Your Smart Devices Automatically