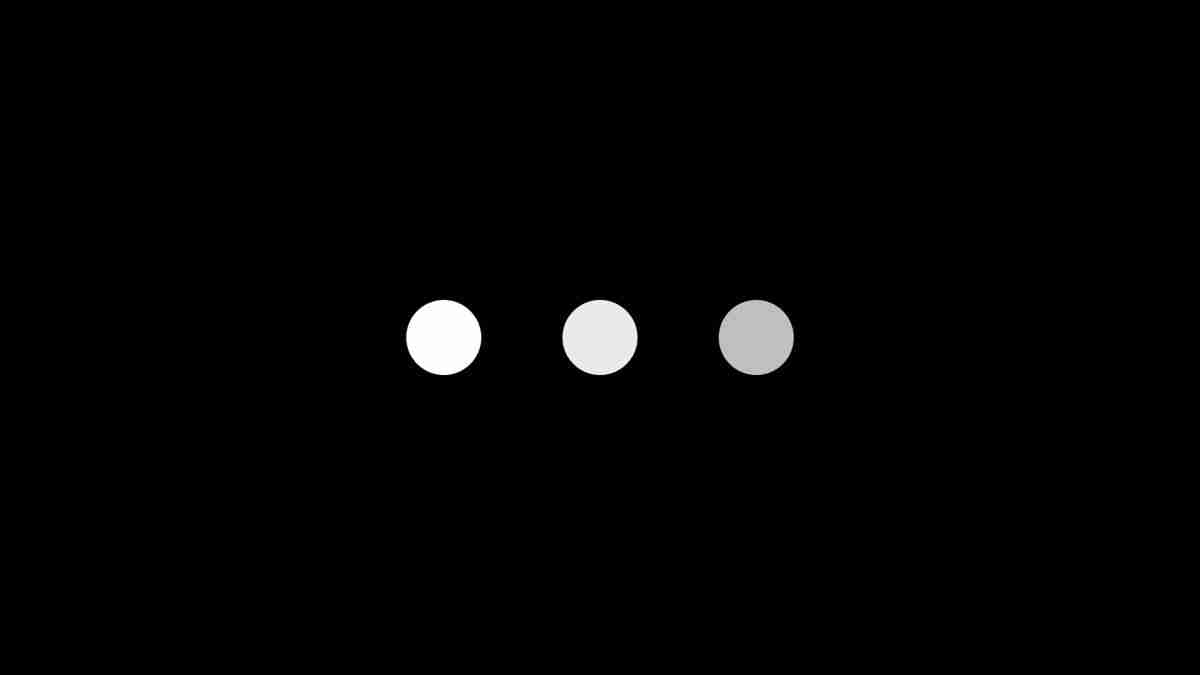 I…have…a confession…to make: I think that when you wedge ellipses into texts, you unintentionally rob your message of any linear train of thought.

The written word has long been beholden to evolving sets of style and convention, but if I can be a curmudgeon for a moment, at no point in history has the English lexicon been riddled with dot dot dot after dot dot dot to such an egregious extent. At the risk of sounding ageist, the truth remains that this is a quirk native to the oldest among us—a cohort that grew up and blossomed into adulthood without the convenience and curse of an all-encompassing Internet. But instead of disparaging boomers—or anyone—yet to adapt their communication to the digital age, I hope this helps.

Here’s why your texts—and all the people reading them—deserve better than multiple ellipses.

Don’t make your reader parse the subtlety in your text messages. For most Millennials and members of Generation Z (and even some Gen X-ers), texting is a primary means of communication, even if it can be really tedious and impersonal. Replying “ok…” can leave a text reader feeling as if you’re leaving something unsaid. What, for example, is inferred by the three lingering dots that leave your sentence begging for finality?

Gretchen McCulloch, a linguist and author of Because Internet: Understanding the New Rules of Language, recently expounded on this very topic to USA Today.

In short, it boils down to the usage of space, which comes at a premium when talking on any digital device. She told the paper that ellipses are far less awkward in handwritten letters, where normal transitions in thought and syntax are usually easier to decipher.

If you write someone a letter or postcard, you know using just a small punctuation character is an efficient way of (using the space) to go from one thought into the next.

But when it comes to a digital medium, the ellipses is being gradually phased out in favor of line breaks, which are a more direct way to transition between one thought to the next. She sums it up, saying “computer space is cheap and that a line break takes up the same amount of code as dot-dot-dot.”

An ellipses is not a period. Yes, it’s three periods, technically, each separated by a full space. Its actual function, however, is markedly different than the old fashioned full stop because it varies based on the written medium.

No ellipses is really created equal. Its usage is different across formats, from novels and news writing to letters and more colloquial mediums, like, say, a text message.

As the grammar aficionados at Your Dictionary explain, the three dots you might find peppered throughout your inboxes are very misunderstood across the board:

The ellipsis, those three consecutive periods you often see in novels and news stories, is among the most misunderstood punctuation marks in use in the English language. It is used indiscriminately in text messages, instant messages, and emails, and social networking websites and blogs haven’t helped to curb the trend.

In news writing (something we do here on Lifehacker) for example, ellipses are meant to instill a greater sense of clarity within an otherwise unclear quote by omitting what doesn’t needing to be said. It’s used when a word-salad of a quote can be condensed to impart much more clarity for the reader.

Using Your Dictionary’s example, this quote:

“we’ve determined positively, absolutely, beyond the shadow of a doubt, drawing our conclusions from all the available data, understanding the impact of the recent spate of arsons, that this fire was accidental”

“we’ve determined positively … that this fire was accidental.”﻿

There’s yet more nuance about the usage of ellipses. When used in novels or other books, they’re meant to convey a pause in dialogue or the action of a story. Which is to say, this rule begets the first point: When using an ellipsis, it can seem like there’s still more to be said and that you may be withholding your real intent.

Too many ellipses are just plain hard to read

If…you…communicate…like…this…you’re…not…very…easy…to…understand. That’s perhaps the most basic reason for scrubbing the ellipses from text communication.

Whether you’re trying to reflect the slow trickle of your thoughts as they form into words, or if you’ve somehow forgotten the keyboard has a spacebar, remember that setting eyes on this kind of ham-handed grammar is enough to induce a seizure. An ellipses is far too specific of a grammatical convention to use in a vague way. Plus, texts look better when you just use regular line breaks.

What Does Orwellian Really Mean?

Why We Require even Many More Women Entrepreneurs in the Business Today?