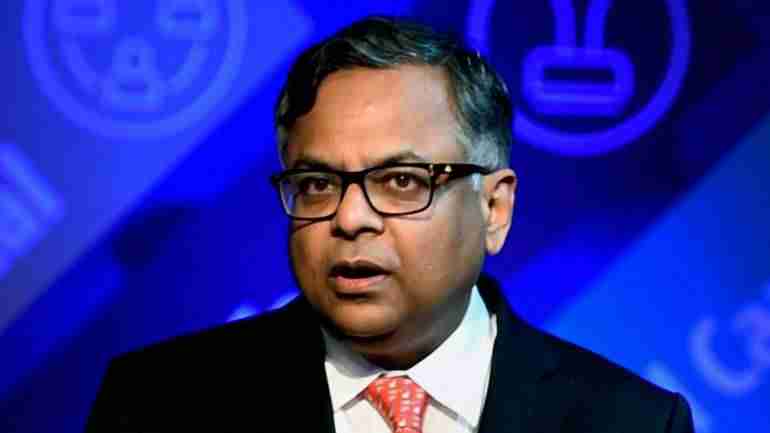 The Indian economy could grow at over 11 percent in the 2022 financial year, as it has rebounded spectacularly after the initial loss of production due to COVID-19 this year, said N Chandrasekaran, Chairman, Tata Sons.

“While this rebound looks spectacular, this is coming on the back of the loss of real output. This means, we should not only recover, but also accelerate,” Chandrasekaran said about pushing economic activity in the country. He was addressing FICCI’s annual convention on December 12.

India’s GDP had contracted by 7.5 percent in the second quarter, a significant improvement from the unprecedented 23.9 percent plummet in the first quarter. The country had gone into a nationwide lockdown by the end of March, the some of the easing began only in May.

More recent economic numbers show further improvement. India’s index of industrial output in October was 3.6 percent, against 0.5 percent in September, as per the Index of Industrial Production (IIP) data released by the government on December 11. The IIP growth was a eight-month high.

“In the near term, there are reasons for optimism. Several indicators have rebounded faster than expected. GDP growth may accelerate by over 11 percent in 2022 after a significant contraction,” Chandrasekaran said.

Trends and learning from COVID-19

Talking about COVID-19 and that its impact on India can be positive, Chandrasekaran listed a few trends:

1.  Digital and data, which were already upon, has been advanced by at least a decade. None could have spent more time on video calls, made more digital payments, doctor consultations on video and more importantly seen more children studying online, than now. The model on WFH is still growing, and is making all companies rethink the future of work.

2.       The big tech stocks are now worth over a trillion dollars. The most valuable industrial company is Tesla with a market cap of more than the sum of three next OEMs.

3. The reality of climate change is finally on us in a telling way and the rush is towards renewables.

4.   2020 marks the decoupling of US and China. Countries and companies will need to de-risk and balance their supply chains for the future.

“In all of these trends, I see a tremendous and limitless opportunity for India,” the Tata Sons Chairman said. He said it is time to put behind issues such as power, logistics and labour, high interests rate and regulatory over-reach and interference, which limited the country’s growth.

“If you have to realise the ideas that 2020s belong to India, then we need to focus on talent, data and bandwidth and we need to be part of new regulator standards,” Chandrasekaran said. He added that while companies have to think of projects in a bigger scale, the government needs to enable this by ensuring every village has sufficient data, bandwidth. It should establish a regulatory frame work for data privacy, residence localization and taxation in general, he said.

What the Tata Group is doing

The Chairman said that the conglomerate is preparing for this transition.

“At the Tata Group, we are not only strengthening and digitizing our existing businesses, we are also spearheading new platforms in tech for future mobility, renewables, health and also working with the SMEs to unlock their potential,” said Chandrasekaran.

How to Watch The Muppet Christmas Carol Online